1. The Medieval City of Rhodes

This UNESCO World Heritage site is the largest and best preserved fortified city in Europe!

The best places to see in the Medieval City are:

In the harbour, you will see the 3 mills of Rhodes as well as the place where the famous Colossus of Rhodes was built. This 30-meter high statue of the sun-god Helios was entirely destroyed by an earthquake in 226 BC.

It was replaced by 2 small statues representing a deer (the symbol of Rhodes), built on 2 pillars at the port’s entrance. It’s clearly not as spectacular as the Colossus, considered as one of the 7 ancient wonders of the world!

In Mandraki, you will find many beautiful monuments built during the Italian occupation of Rhodes: the Bank of Greece, the Archbishops Palace, the City Hall and the National Theatre of Rhodes.

If you’re visiting Rhodes with children, you should go to the Aquarium,  is located in Rhodes town, at the northern tip of the island.

In Rhodes’ modern city, you will also discover the vestiges of Rhodes Acropolis, located 2 km away from the medieval city, on the slopes of Monte Smith.

The Acropolis stood on the hill now known as Monte Smith. The green and beautifully laid out archaeological park contains the Hellenistic stadium, built in the 3rd century BC, where the athletic events of the Alioi Games took place. These were a part of the major festival of the ancient Rhodians held in honour of the sun-god Helios.

Next to the stadium is the small restored Roman Odeon. Just as in ancient times, events are still staged here today. Along Isiodou St. are the remains of the temple of Athena Polias and Zeus Polieus, at the northernmost point of the hill.

On the summit of the Acropolis stands the temple of Pythion Apollo, the patron deity of the city. From here there is a panoramic view of the city and the sea. The sunsets are breathtaking.

Lindos is one of Rhodes’ most beautiful villages, and clearly one of the best places see on the island.

It takes around 1 hour to reach the village, located 50 kilometers South of Rhodes City. Classified as a major archaeological site, Lindos is a real postcard landscape: you will be amazed by the pretty white houses built on the hillside and its Acropolis overlooking the village and the sea.

As Lindos is a pedestrian only town, you should park your car in the free parking lot above the city, then walk down to reach the village’s entrance. When taking a stroll on its paved alleys, you will enjoy numerous souvenirs and clothes shops, as well as many cafés and restaurants.

If you’re looking for a lively and unique atmosphere, then Lindos is clearly a great place to visit!

The Acropolis is Lindos’ main point of interest. You can walk there or get a ride on a donkey, but I wouldn’t recommend it, as the animals are often abused.

Built on a huge rock, 116 meters above the sea, Lindos’ Acropolis is surrounded by fortified walls built by the Knights of Rhodes. In the Middle Ages, it was one of the island’s many strongholds.

Inside the walls, you will discover the remains of an ancient theatre and the last vestiges of the Temple of Athena, built on top of the Acropolis. There are only a few columns left, but the place is still worth a visit: from there, you will enjoy a breathtaking view of the Aegean Sea and the village of Lindos.

4. The Valley of the Butterflies

The Valley of the Butterflies is among the best places to visit in Rhodes.

It’s located in the North of the island, 26 km from Rhodes city, between the villages of Paradeisi and Theologos.

Between June and September, you can observe hundreds of butterflies literally covering all the trees, as the valley’s climate and environment is perfect for their reproduction. The valley is one of Europe’s best sanctuaries for the Callimorpha Quadripunctaria butterflies.

The valley hosts a rare specie of plane tree, and the butterflies are really fond of its sap! That’s why you will find so many of them there.

This natural site is quite large: you can walk along the marked trails in the woods and near the river to observe the butterflies.

The Seven Springs (or Epta Piges in Greek) are located 4 km from the village of Kolymbia, not far from Tsambika Monastery.

There, 7 springs are gushing from the mountain in the same place to create a river. On the site, you will find a marked trail as well as a restaurant by the water. The place is very frequented by locals, and people are coming here to enjoy the beautiful natural environment and taste Greek specialities. There is also a playground for children.

Epta Piges’ most famous attraction is its tunnel. The river goes underground for a moment, to come out on the other side of the hill. You can follow the watercourse and walk for around 180m  in a very narrow and dark underground tunnel to reach a small lake.

If you don’t want to go underground, you can reach the other side of the tunnel using the short trail through the forest.

If you’re interested in Rhodes ancient History, then you should definitely visit the ancient city of Kameiros, one of the 3 ancient cities in Rhodes with Lindos and Ialyssos.

Kameiros city was built on three levels according to the Hippodamian system. On the summit of the hill was the Acropolis with the Temple of Athena and the Stoa. On the middle terrace was the settlement and lower down the Hellenistic temple, Doric Fountain-house, Agora and Peribolos of the Altars. The area was embellished with numerous votive offerings, stelai and plinths with statues.  From the top of the hill, you will enjoy a breathtaking view!

The Springs of Kallithea belong to the Municipality of Rhodes and are located 9 km from the city center. After years of renovation of this magnificent seaside monument, the doors of the Springs opened on July 1, 2007. This unique combination of nature, architecture and history offers visitors the opportunity to enjoy a unique experience. After years of desolation and abandonment, the Municipality of Kallithea and the Mayor Ioannis Iatridis undertook the important task of restoring the monument in 1999. After ten years of difficulties, always with love, care and passion, the Springs of Kallithea reopened to the public, recovering again their first glory.The springs of Kallithea are an admirable and representative example of architecture, which has been integrated into the natural environment of the area.

Enjoy the excellent architecture, the crystal clear waters, the recreation area (cafeteria) and the picturesque bay with its unique natural beauty. 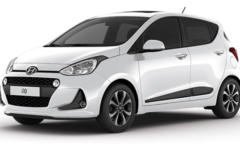 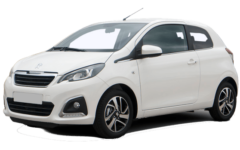 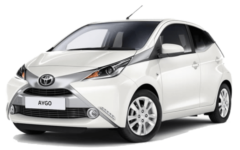 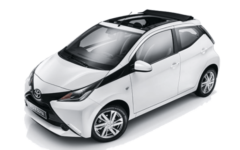 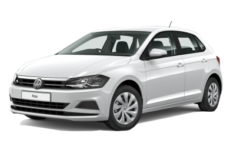 What our clients say

This website uses cookies to improve your experience while you navigate through the website. Out of these, the cookies that are categorized as necessary are stored on your browser as they are essential for the working of basic functionalities of the website. We also use third-party cookies that help us analyze and understand how you use this website. These cookies will be stored in your browser only with your consent. You also have the option to opt-out of these cookies. But opting out of some of these cookies may affect your browsing experience.
Necessary Always Enabled
Necessary cookies are absolutely essential for the website to function properly. These cookies ensure basic functionalities and security features of the website, anonymously.
Functional
Functional cookies help to perform certain functionalities like sharing the content of the website on social media platforms, collect feedbacks, and other third-party features.
Performance
Performance cookies are used to understand and analyze the key performance indexes of the website which helps in delivering a better user experience for the visitors.
Analytics
Analytical cookies are used to understand how visitors interact with the website. These cookies help provide information on metrics the number of visitors, bounce rate, traffic source, etc.
Advertisement
Advertisement cookies are used to provide visitors with relevant ads and marketing campaigns. These cookies track visitors across websites and collect information to provide customized ads.
Others
Other uncategorized cookies are those that are being analyzed and have not been classified into a category as yet.
SAVE & ACCEPT